In 2014, I founded and organized a teaching event called Math Day at Lucas Elementary School in Iowa City.  The purpose of this event is to increase student interest in mathematics at an early age through educational games, including Math Baseball, Math Bingo, and relay races. Both undergraduate students from the College of Education as well as graduate students from the Math Department came to Lucas Elementary to play these games with two third-grade classrooms. We repeated this event in 2015 and 2016, and we hope to expand to different groups of students in future years. 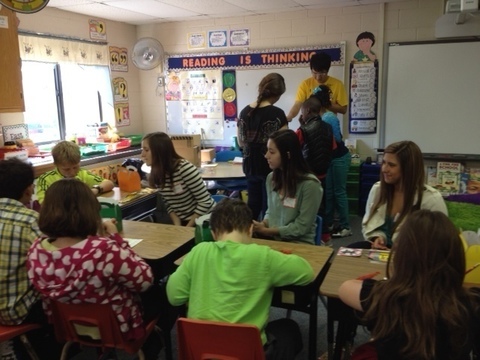 Math Day at Lucas Elementary School
​​From 2013-2016, I served as one of the co-organizers for the annual Sonia Kovalevsky Day in Iowa, an event designed for female high school students interested in math. In 2013, I organized the Parent-Teacher panel, during which parents of these students and Iowa professors discussed how mathematics can be used to project three- and four-dimensional images into two and three dimensions respectively as a way of connecting math with art. In 2014, I registered high school students for the event and served as the event photographer. Finally, in 2015, I organized the Games session at the event. During this event, games we played included Math Jeopardy, SET, analyzing cryptarithms, exploring tessellations, and discussing knot theory through human knots. 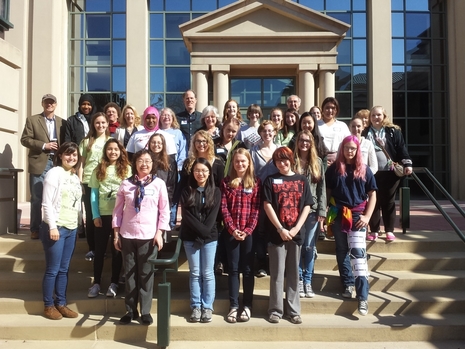 Sonia Kovalevsky Day 2015
I served on the Mathematics Graduate School panel at Luther College in 2015. On this panel, I discussed graduate life and answered questions from undergraduate students who were interested in attending graduate school in math.
​

While a student at Kenyon College, I was a member of the service organization Circle K from 2008 to 2011. I worked on and helped to organize several service projects such as Trick-or-Treating for Canned Goods. As a member of Circle K, I traveled to state-level conventions and service projects. Finally, from 2010 to 2011, I served as the treasurer for the Kenyon chapter of Circle K. In this position, I managed membership dues for our chapter and allocated money to several service projects throughout the year.


I also served as an upperclass counselor at Kenyon College from 2009 to 2011. In this position, I met with incoming students and helped them acclimate to college life, including helping them to move in, choose classes, and answer questions related to dorm life.


Finally, I served as a tutor at Wiggin Street Elementary School from 2009 to 2011. I tutored students struggling with their math courses from both second and fourth grade.